All of these exceptional young dancers have roots sweating it out at Vibe in their formative years. 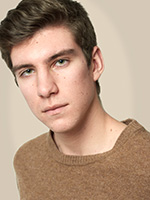 He is a part of "Young Hittaz" crew where he works on freestyle in all styles of Hip Hop. He is an apprentice in OURO Collective and was involved with "Inception Youth Dance Company" where he gained more contemporary and ballet training. He is currently training with KTL Co. where he is refining his movement even further. 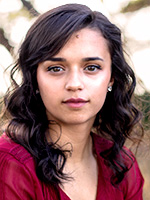 Lavinia has danced and battled in L.A. with her battle crew called Young Hittaz, she is part of Megabots crew, and she competed in Hip-Hop International 2017 with the TWFRSVN Co. Varsity team. She continues to train and is thrilled to be sharing her love of dance.

Ming-Bo Lam hails from Vancouver Island, BC, where she trained with Dancestreams Youth Dance Company, Arts Umbrella, Vibe Dance Studio, and the Nanaimo Ballet School. Lam graduated as Valedictorian, with an Honours BFA, from Ryerson University's Theatre: Performance Dance program. She has worked with internationally recognized choreographers such as Matjash Mrozewski, Robert Glumbek, Lee Joo Sun, and Vicki St. Denys. Since graduating, she has performed with the Toronto Raptors Dance Pak (12/13 & 15/16), at the Much Music Video Awards (2013 & 2014), with SolePower Productions, Ink on Paper, Miscellum Dance Collective, and fu-GEN Theatre Company. Lam has had the honour of performing for musical artists including Justin Bieber, PSY, Hedley, The Airplane Boys, Naughty by Nature, The Sugarhill Gang, Rob Base, and Young MC. Lam was the Artistic Director of Miscellum Dance Collective (2012-2015), and produced, choreographed and directed their inaugural production, Memento Mori. Currently, she is based in Toronto, Ontario, working as a freelance dancer, choreographer and adjudicator. 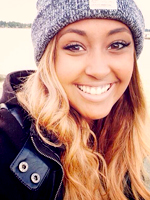 Since graduating from VIBE I feel like I've done a number of things including moving to Vancouver for a year and being a part of KTL co which was such a fun experience and definitely made me enjoy my Vancouver experience. The following year I moved back to my hometown Nanaimo and quickly acquired a job teaching on a resort called Sonora and also teaching solos, duets and trios out of Campbell River! Needless to say I have had a busy couple years and now am in school at Vancouver Island University hoping to eventually either go into law and work for dancers who aren't paid fairly and stay in the dance industry or another path would to work for VIBE for Serra as an office administrator while still teaching and taking class myself...Going to school and finding career definitely does not mean you have to drop your passion! 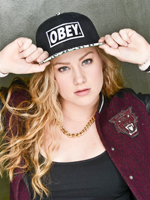 I am currently in Toronto attending Randolph academy for musical theatre. I'm a part of a burlesque company called army of sass and a hip hop company called Footnotes. I'm still spreading my love of dance over here and teaching at 2 different studios. After I graduate in August I plan get out into the commercial and film world, while simultaneously getting my girls group -Muzae -on its feet and the goal is to eventually tour with that. I'm also keeping up the tap and hip hop though and would love to tour with the show STOMP. Toronto was such a good move for me and I can't wait to see what happens after August! 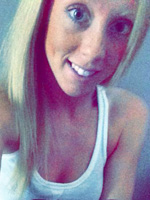 Since graduating from vibe in 2011 I moved straight to Kelowna BC and found myself teaching at a few studios and got offered a teaching job there. I Moved back to Nanaimo that year and as well as me and all the other dancers that graduated we got ourselves small extra parts in a Disney original Movie called "Zapped". It was amazing! Since then the Fitness industry took over. I am now almost a certified fitness instructor and hopefully will be teaching and personal training all over. I am going into VIU to further my knowledge as a fitness profession as I will be in the PHYS ED programme at VIU to hopefully get my degree! Dance will always be in my heart and has definitely helped me in every aspect of life. 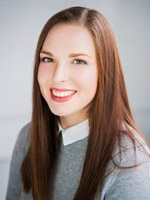 As a recent graduate from the Conteur Academy, Katrina Berg is continuing to pursue her dance career as a Toronto-based artist, specializing in contemporary and hip hop. She has been apart of Xavier Tu’s hip hop crew, “The Syndicate”, as well as participated in numerous performances such as Toronto’s “Fever After Dark”. Currently, Katrina continues to train in the city and push her comfort zone by dancing alongside a variety of reputable faculty throughout the city. 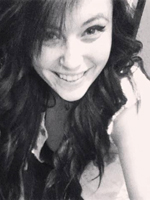 I danced with Serra way back when she was teaching at Harbour that was when I was 12, I graduated the studio in 2011 and went into school for hairdressing and that is what I've been doing since then, dance will always be my passion and I miss it very much. 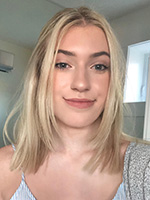 Anika has competed with M.E.M Dance Company which was contemporary based, and Vibe's Royelle crew, both of which performed on and off the island and did very well in a variety of competitions. This year, Anika will be training with the Source Dance Company in Vancouver at Harbour Dance Center. She is very excited to share her knowledge and passion with her students 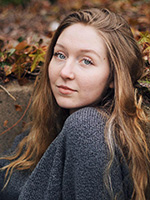 Ocean spent all of her high school years as part of the Vibe family and has many great memories dancing, being part of the community and kicking ass at competitions. Directly after high school she worked full-time at an art supply store before moving on to flight attendant school for Air Canada Rouge in Vancouver, and ultimately, working on planes bound for all kinds of exotic destinations. 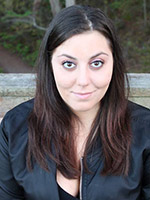 Rocking it as a dance teacher both on the mainland and on the Island, Voula puts her heart and soul into what she creates and it is amazing to see her continue to grow and develop as a dancer and choreographer. 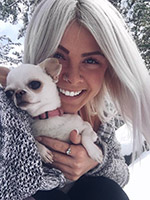 Continuing to teach dance and share her passion with many young faces, working at studios and schools, as well as running her own home based business, Lash Extensions. Always going, always learning and always inspiring!! 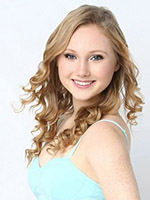 After graduation I moved to Vancouver to continue my dance training. During my first year there I trained with the Scholarship Dance Program (now called The Dance Initiative). The following year I completed the program while simultaneously training with Lux Dance Company and auditioning for dance jobs through Premier Talent Agency. I also took vocal training and studied aerial hoop with The Vancouver Circus School. I had the privilege of performing at many great venues around the city including the Commodore Ballroom, The Vogue Theatre, and B.C. Place. I also had an exciting couple of days on set in a scene with Ben Stiller and Robin Williams filming Night at The Museum 3. I was a Roman Antiquity Statue that came alive! This past year I moved to Toronto to further my contemporary and ballet training with The Conteur Academy. This coming year I hope to totally immerse myself into the Toronto dance scene and attend as many classes and auditions as possible. 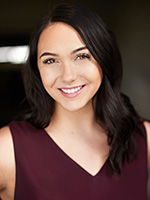 Born and raised in Nanaimo, Claudia has been dancing since the age of 4 and her love for dance has continued to grow ever since. She trains in all styles of dance: Jazz, Ballet, Tap, Hip hop, Contemporary, and Musical theatre. Throughout her training she was given the opportunity to teach at her home studio Vibrant Dance Studios. After a few years, teaching soon became Claudia's favourite form of expression. She was confident that sharing her passion for dance with others was something she had to pursue. After graduating from high school Claudia moved over to Vancouver to begin her career in the dance and entertainment industry. Shortly after her move, Claudia was given the opportunity to compete with Team Canada Hip Hop in Denmark. She then went on to continue her training with The Source Dance Company, Illustrative Society, Twofourseven Company, and A3 District. Claudia is currently freelance training with Harbour Dance Center, Studio North, and A3 District. Along with her love for dance, Claudia enjoys academics and is currently studying Business at The British Columbia Institute of Technology. Her sense of determination and strong work ethic has been extremely beneficial and rewarding throughout her journey with dance. Claudia hopes to continue teaching, training and sharing her knowledge of dance with others for as long as she can. 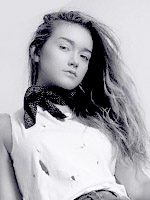 Currently has a modelling contract in Vancouver and is doing editorial and runway work both in Vancouver and overseas. Focusing overseas to build up her portfolio so she may work more in the US. Mikayla has been shooting for magazines based in Europe and has done many fashion weeks in Vancouver. She is LOVING it!!!! 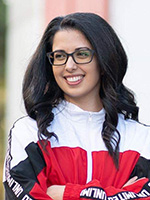 Dominique has over 10 years of teaching experience. She started her journey at Vibe and has since taught at studios across Vancouver Island. In addition to studios, Dominique has taught classes through the City of Nanaimo, at Vancouver Island University, and at elementary schools both independently and through the TD Artist in the Schools Program. Dominique teaches all ages, from toddlers to seniors, and all skill levels, from beginner to competitive. 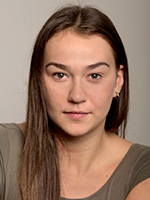 Marie is completing her third year of pre professional dance training. Currently in Vancouver training through Arts umbrella in the Performance Research Program. With small jobs coming up here and there Marie is also auditioning for a more steady career in contemporary ballet companies abroad. 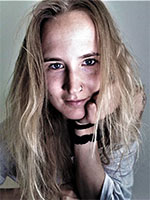 The impact that my experience at Vibe has had on my life is nothing short of monumental. One of the first things I learned at Vibe was 'do your work'. There are a lot of things that we implicitly learn that matter in life - how you look, popularity, what others think of you, what you have, your age… At Vibe, it was your work that got where you were. Vibe was a place that felt like home to me when nowhere else did. It gave me a focus and a place to be in a time when I was vulnerable to falling into a different direction. I couldn’t have grown the way that I did without Serra and the Vibe family being so gracious to support me. 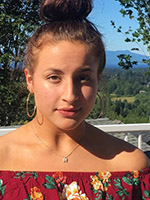 Nicole has been dancing since she could walk, but started Hip Hop at age 11. She has trained in various styles such as Jazz, Ballet , and Contemporary. Growing up, she watched her older sister doing Hip Hop at Vibe which inspired her to try it out, and since then, she has never looked back and fell in love with it. Nicole has had amazing opportunities with dance over the years, such as travelling to Italy to compete at the World Hip Hop Championships with Team Canada, and is currently a member of Infinity, which is a varsity crew that trains under TwoFourSeven Company in Vancouver. 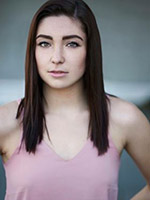 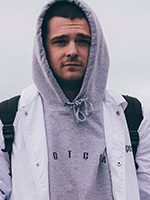 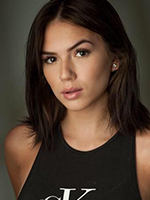 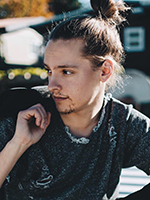 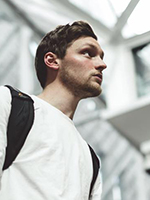 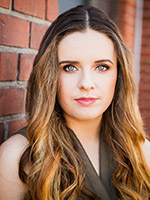 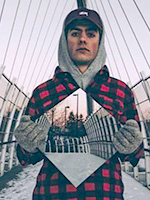 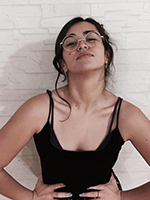 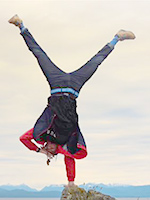 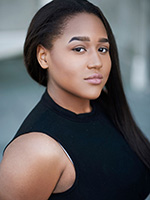 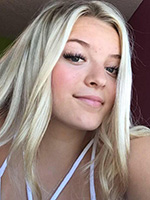